John Kelly said:
If the NFL preseason plays don't work, look for him to re-drill the holes on his ball.
Click to expand...

Ha, I actually did have a ball worked on this week, to re do the thumb hole!

BTW, when I show up at league, I bring 6 bowling balls! They are in 2 three ball bags. I have another 6 at home in reserve that I will bring out for tournaments, or if I don't like a particular ball anymore.

If you imagine the bowling lane is like a sheet of ice (like in hockey), the least aggressive ball will slide down the lane like a puck does on ice. The most aggressive ball will actually be able to "grab" the ice due to the surface of the ball, create friction and hook (think of curling and how the sweepers create friction to make the "rock" curl). Same concept with a bowling ball and what the surface is made of. And then the other 4 bowling balls I have have a variety of surface friction that will make the ball react somewhere in the middle of like a puck going down the ice vs. something able to curve on a sheet of ice!

The lane itself, with a variety of oil patterns may look like a very flat surface to you. But to me, I view the bowling lane as something like a golf putting green, with all kinds of slopes, peaks and valleys. At some bowling tournaments, the oil pattern is typically announced, and a lane graph is provided so you better know what equipment to bring. The picture below is a good sample. It shows how far down the lane the oil pattern is applied. This graph is a 41' pattern. The lane is 60'. The longer the oil pattern, the shorter the ball has to hook and the tougher the scoring pace will be. The graph also shows volume of oil applied to the lane. The right side of the chart is an overhead look at the lane of where the oil is applied....darker shading is more oil vs lighter shading. The bottom of the chart shows a 3-D look at the lane as if it were a putting green. The area that is shorter, the ball will hook more in that area, the area that is taller, the ball will hook less, because there is more oil. if your ball hooks from the less oil part and into the heavier oil part, your ball will start to slide too much. The key is to find the "wall" where the lower oil part meets the higher oil part of the lane, which is your sweet spot. This can become very difficult the tougher and more demanding the lane oil pattern is. There is maybe over 100 of these patterns that are programmed into the lane oil machine, that applies the oil pattern to the lane. The other key is keeping your other factors very consistent. There is 39 individual boards that mark the width of the lane. You need to have the ball roll over the same board at say the 10 foot mark as well as the 50 foot mark, and both marks you may be using different boards, depending on your hook. Speed is very important too. If you have a constant speed, you do well, with everything else combined. If you speed is off, or you miss your board "mark", then catastrophic results could occur, like leaving a difficult spare or even a split. Maximum penalty can occur. As you can see, bowling is much more than just shoeing up, grabbing a ball and chucking it down the lane!

That is my quick bowling lesson for today! 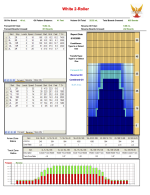 cheapseats said:
I'd just adjust consumption of brew to odd frames only!
Click to expand...

Quite the scientist when it comes to bowling.

John Kelly said:
Glad 300 has a good sense of humor.
Click to expand...

JK, I could go 0-30 in this contest, take all the abuse goes with that, especially from Railbird, and not be rattled. I've learned long ago not to really give a sh*t about anything. I'm just thankful to have the opportunity to play.

Also I'd like to see anyone from this forum step up into the 10 frame with 9 strikes in a row, needing only 3 for perfection and see how they would handle the pressure LOL

John Kelly said:
MRBOWLING300 has a little ComptrBob in him.

Quite the scientist when it comes to bowling.
Click to expand...

In whatever trade we are in, we are all scientists.....whether it is trying to beat the books number, scoring at bowling, playing sub 80 golf, it takes a lot of studying and learning. Sometimes luck is helpful, but it won't help you in the long run to succeed!
C

Little bit of trivia while we are waiting for these games...... What is the lowest possible score you can get in bowling while getting 9 strikes in a game?
A

Good guess, you have the right idea, but not a correct answer.
C

mrbowling300 said:
Little bit of trivia while we are waiting for these games...... What is the lowest possible score you can get in bowling while getting 9 strikes in a game?
Click to expand...

JK Can I request this slot for next year ... I will put on a show of LLWS bets.

Beating -110 is not easy….will be tough to find those lines in little league

I have March (I can only imagine the replies to come after saying this).

they shoot horses….nothing about you screams the best…..closet fags are a dime a dozen in Orange County…

stats dont lie, computer bob will be the 1st to tell you that im the best

You suck. You’re what 1-6? 1-7? Numerous posters here with seven or eight cracks are coming home with a whopping two wins. One win in that many tries is probably the funniest thing going on this site.

I won last night w/ Ravens -2.5, which brought me to 4-6. I played the Lions +1 earlier in the week, and have SF/PIT under 7.5 (both games are tonight), so maybe with a little luck, I can square things off with 18 selections to go.

I'm toast in this contest. 4-7 now. A total disaster. Just going to play out the month and hope for some sort of a miracle. Could never really overcome my bad start. It's like shooting a 125 game when you average 226

When I bowled, had a simple strategy and it worked as long as I hit my mark. Go all the Christopher Wray to the right and aim a straight line to the front pin. No spin. I also airlifted the ball maybe 3-5 yards thus shortening the roll distance. Didnt play much and when I did always got blisters on fingers. Averaged a little under 150. If I tried, I'm sure I could have been Tony Homo to 200.

Needed to go 2-0 with both games yesterday, instead got pinched at the end of both and went 0-2, dropping my record to 4-8. Hope Heim is sharpening his pencil for next month. Gonna ride out the month.

Win Lose or Draw I'm playing Tiger unders the rest of the way, no matter what.

Today's game will be a loss 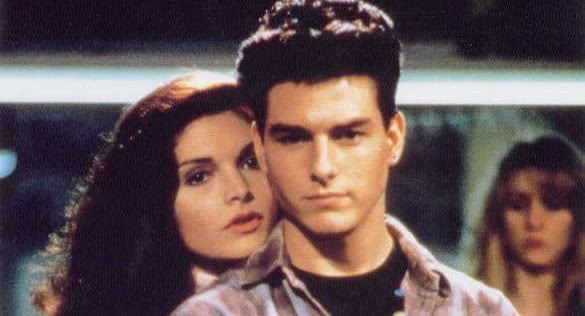 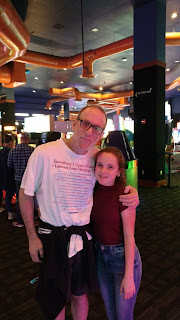 I'm not sure I want to see howid finishes.

Story of this contest for me. Too many times getting pinched.

Record is now 4-9-1, my goal is just trying to show some respectability between now and the end of the month while Heim is waiting in the wings.

this line closed at 7.5 too. I feel in quite a few of my losing games, I got the best number also. 1/2 to 1 point adv ahead of the closing line.

At least it's not happening to me either

Mr. Bowling, I respect your winning attitude and perseverance in bowling and sports to compete for the entire game and never give up!

There is a very good possibility you come out of this experience learning something.

I have learned a tremendous amount of things that do not work.

LLWS wagers are not part of the contest.